Hiring is never easy. Hiring for a key executive position is one of the most difficult things you’ll ever do as a leader. “Most decisions a business makes are small.,” says David E. Perry, co-author of Hiring Greatness: How to Recruit Your Dream Team and Crush the Competition and an expert with more than 30 years of experience who’s been dubbed “The Rogue Recruiter” in the press. “A single sale or interaction doesn’t add that much value to a small business, or damage it much if it goes wrong,” he says. “Hiring an executive is different. That can make or break an organization.”

A star employee can catapult your company to new heights by increasing sales, boosting productivity, finding new markets or directions, or creating new innovations, he adds. On the other hand, “a bad hire may mortally wound a small business.”

As if that weren’t challenging enough, in today’s tight labor market, competition for key talent is fierce. This is why large companies with deep pockets pay hefty sums to executive search firms in the hopes of bringing in the kind of talent that can help the company grow. What if you don’t have the cash it takes to hire a great search firm? You can do a lot of the things a search firm would do for you, Perry says. Follow these steps, and you’ll dramatically increase your chances of hiring a winner every single time. 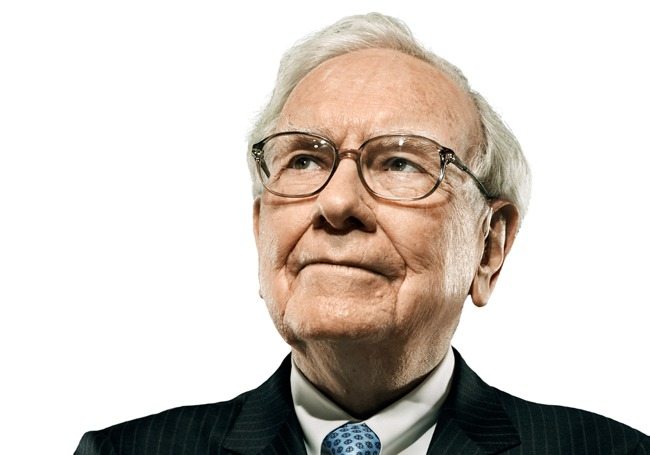 Because actions speak louder than words.  As you proceed through the hiring process, look for ways to judge the integrity of the prospective candidates you’re interviewing before you get to the point of making an offer.

For as Warren Buffet once put it “Somebody once said that in looking for people to hire, you look for three qualities: integrity, intelligence, and energy. And if you don’t have the first, the other two will kill you.”

Integrity, they either have or they don’t and if they don’t you want them to work for someone else. 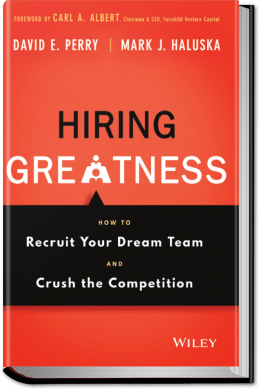 “There’s a lot of work involved in hiring the best people. It’s exhausting even to read about it! Fortunately, Hiring Greatness makes the process clear and accessible. You might not want to make the 51 different calls author David Perry to establish contact with one candidate he wanted to land, but that number shows how much commitment you need. Humility and realism also play surprisingly large roles in Hiring Greatness. If you’re like most people, you think you’re a good judge of character, and think you know how to judge talent. Perry and co-author Mark J. Haluska repeatedly show how often people are wrong about things like this. Fortunately, they also explain how to change your research processes so you find what and who you need to, and how to adapt your interview process to eliminate bias and poor judgment. The result is a book that’s highly useful for anyone looking to hire an executive (and useful for anyone interested in HR, business, leadership, or critical thinking).” 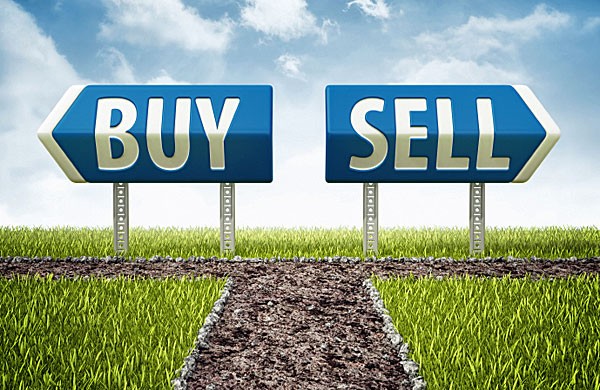 Very few business owners do an adequate job selling prospective candidates on their company, they just naturally assume everyone’s as enthralled with the place as they are.  It’s your responsibility to sell first and buy later.  Because people rarely move for strictly monetary reasons the leverage of money that most companies use to attract people doesn’t work with top executives;  because they’re looking for more.  They move for:

So package accordingly.  Project your business as a winner by insisting that everyone in the hiring process understands and can articulate the company’s vision as well as its strengths and weaknesses.

The value of a search firm is found in the knowledge, judgment, efficiency and objectivity it can bring to the whole recruiting process. The better firms have a very high success ratio, and will guarantee to work on your project until it is complete.  Unbeknownst to most corporate hiring authorities is the fact that most large-scale executive search firms don’t actually have the extensive reach you might think.  Before engaging  an y search firm ask for their ‘hands-off’ list and check to make sure there’s room enough to service your needs.

A good executive search isn’t just about the hire, but also the long-term value it brings to your organization

Understand Your ROI Before Recruiting

Every investment must be measured by the return produced. Too often business owners view the acquisition of staff as a simple process of expansion. But the acquisition of key players is an investment like any other, one which should have a demonstrative Return On Investment which clearly justified the effort and cost involved.

Executive-level roles should always be tied to strategy. Being clear on how the executive will contribute to the bottom line is critical to understanding who to hire and doing that means you have to push beyond creating a job description.  You need to spend the time to create a compelling snap shot of the future possibilities inherent in the role.  This document often called a Position Profile or Success Profile is a job description on steroids.

It speaks to the success of the role providing a backdrop for interviewing and a ‘check-list’ for deciding who’s the correct one to hire. Hiring decisions are then tied to the business’ needs, not candidate availability.

Have you ever wondered why companies like Yahoo, Google, Apple, Facebook and Twitter are seemingly able to easily attract their industry’s top talent in droves, while your organization may be struggling to acquire any kind of talent? It’s how they deal with their talent acquisition pipeline.

In truth these companies are constantly waging a war to achieve their talent goals and they spend an inordinate amount of time upfront assessing the market. Consequently, they do some interesting things in order to hire talent, which you may not even be aware of. The aim of this article is to introduce you to some of these strategies and let you know how an executive search firm can help you out.

One of the most aggressive strategies employed by top companies for recruiting talent is the acqui-hire. Just like it sounds this strategy involves acquiring start-ups by established organizations. The technology industry has practiced this for decades now. The acquisition may not be just for a company’s products, but also to quickly get hold of an entire team of talented employees before a competitor.  Sometimes the acqui-hire makes team members rich – and some times it doesn’t.  What is clear though according to CB Insights is that it’s starting to fall out of favor with high-growth companies.

Marissa Mayer, Yahoo! CEO, is open about the acqui-hire strategy that she employs to recruit talent. Mark Zuckerberg, Facebook CEO, himself has said that Facebook buys companies to get talented workers. I’ve had two of my aqui-hiring suggestions acted on by clients. Both were very successful and all staff participated.

This hiring strategy was originated by large tech firms, but Cloud technology has made it possible for all organizations to access, integrate and hire talent globally. This is because many of the startups have discarded the brick-and-mortar set up to make use of the cloud environment and eliminate investments on relocating employees, upgrading technology infrastructure in order to acquire skilled people. IBM is particularly adept at this as are several venture capital firms.

As a strategy, Acqui-hire is not for you if you’re a faint-hearted person.

A slightly less aggressive strategy, compared to aqui-hiring, is the lift-out.  A ‘Lift-out’ involves the precise recruitment of an intact team from another organization. This strategy delivers all the benefits that the acqui-hiring strategy provides without either the expense or aggression associated with aqui-hiring. I’ve orchestrated several of these myself during my tenure as a headhunter with Perry-Martel International.  this is precision work akin to open-heart surgery on both companies.

Personally, I know really well had his first lift-out experience in the late 80’s when he ‘reallocated’ a complete accounting department, sans CFO, for a real-estate developer. His client needed to be up and running fast or risk losing a $100 million deal. Fortunately there existed in this same city a CFO with a rival real-estate firm who had a reputation for paying above market salaries because he was known to be ‘nasty!!!’, on the best of days. Separating the team came down to transparency about who the Newco was and who they would be working for but little else during the courting ritual. Interestingly none of the six candidates ‘targeted’ and eventually successfully recruited knew about the others until they all had dinner Friday evening after resigning using an identical letter – written by that head hunter – the same afternoon.

Another well known example – in the recruiting community – involved a large telecommunications company hit by an R&D project designed to reallocate about 100 sales people nationally… the company missed its projections two quarters in a row and was sold to international competitor.

Research shows that great performers who move, along with their team, are successful faster in the new company, compared with those who move alone or are ‘assembled’ as part of new group, because the team already works as a ‘unit’ and they don’t need to get to get acquainted or make the group dynamics work.

Here are the seven key steps that every company should take when implementing a lift-out:

When a lift-out is planned and executed well, the expertise and experience of the group will give a boost to your company’s bottom line almost immediately. However, irrespective of how a lift-out is executed, it is a disruptive and destructive event that a client has to face. Therefore, the services of an executive search firm will be of immense help in implementing a lift-out. Such a firm would be well versed in handling legal issues that are likely to arise when attempting a lift-out.

Protecting yourself against a Lift-out

As far as companies are concerned, it pays to periodically review the contractual obligations that have been placed on employees, diversify risk by spreading customer relationship responsibilities to multiple employees, establish a contingency plan to deal with a lift-out, identify as well as protect trade secrets and confidential information and constantly monitor employees who access confidential information in order to reduce the chances of a lift-out.

On the other hand, the aspects to be considered when responding to a lift-out could include quick action; mapping out a legal strategy; collecting, preserving and analyzing evidence related to the conspiracy; developing a factual narrative; and differentiating legal issues from business issues. 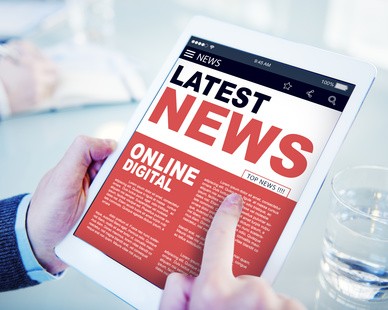 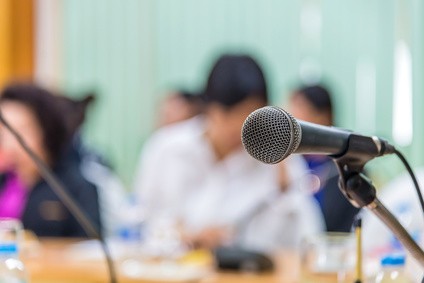 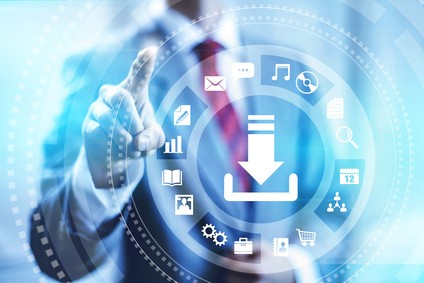